The Assembly had already approved the health pass partially the day before. However, they were still skating on Thursday as deputies struggle to agree on the best way to combat the rebounding Covid-19 epidemic.

After four days of debate in Parliament, the government is eager to pass the bill as soon as possible.

However, even though they parted in the middle, the deputies still had 900 of the thousand amendments that were being considered.

At 9:00 AM, the debates resumed with a slightly faster pace in a hemicycle that was less crowded than yesterday. The atmosphere was still stormy with the oppositions trying to block the extension of a sanitary pass.

The review will “take a little longer (…) There have been many discussions and many amendments. Gabriel Attal, spokesperson for the government said it’s democracy.

“We are racing against the clock. The parliamentary debate should not be ignored, but it shouldn’t be hindered by systematic obstruction. “The boss of LREM deputy Christophe Castaner told BFMTV-RMC that he believes the Covid fight must be won quickly. Castaner cited the” permanent paradox” of oppositions who accuse executive of doing “too much” or “not enough”.

While the idea of extending the vaccination obligation to caregivers and firefighters is popular, it is not true for the extension or the use of the health pass. It has been the object of intense criticism from the far left to the right.

“You are wasting this summer period for a number of French people” who would only have time to inject the vaccine, accused LR deputy Véronique Louwagie on Thursday morning in the hemicycle. “We are entitled either to authoritarian control or to stupid technocratic measures”, added Sébastien Chenu (RN).

The left wasn’t done: the health bill, “we don’t want it, citizens don’t want it” and a government that says + It’s like this, no other way + What do we use our bodies for? ” “exclaimed Alain Bruneel, a Communist. 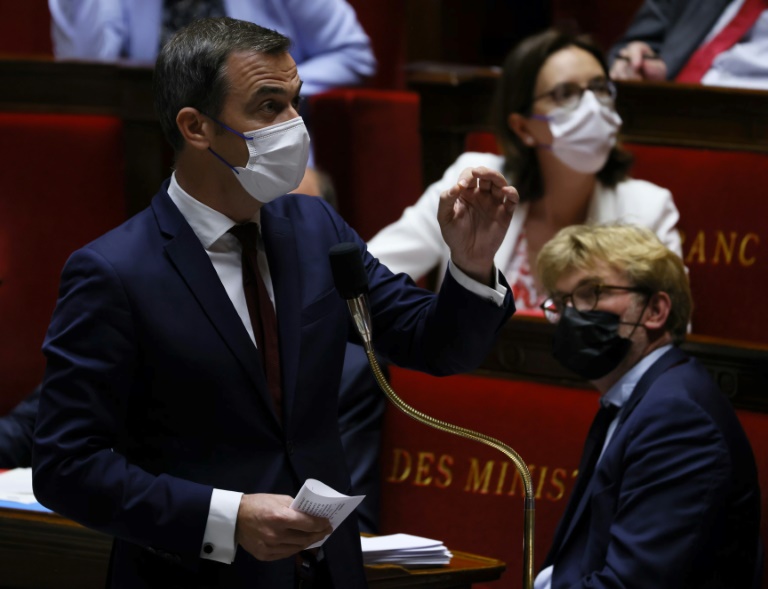 The Minister of Health Olivier Véran on July 20, 2021 at the National Assembly in Paris (AFP – Thomas SAMSON)

They tried to exempt minors and outdoor activities from the law, but failed. Christophe Blanchet (MoDem), passed an amendment that required registration in a reminder-book for access to events or establishments. This was to relieve the manager’s responsibility and to punish offending customers.

“We have two choices: pass the pass, quickly, very quickly (…) or expose ourselves to the risk of having to reconfigure our country”, once again justified Olivier Véran before the Senate Law Commission. It is not a blackmail or a sword to Damocles , but it is the only option.

Before the senators, Jean-François Delfraissy, the president of the scientific council, said he feared “a complex, very complex situation” at the hospital at the end of August, the moment when the Delta variant will “have an impact on the care system”.

The situation in France regarding Coronavirus (AFP – Simon MALFATTO).

More than 21,000 cases involving Covid contamination were reported in less than 24 hours on Wednesday. This is the first time since May that the threshold for 20,000 contaminations per hour has been exceeded. That number was 9,000 a week earlier. The number of people in critical care continues to drop (859 against 931 July 14).

To the point that new measures such as the return to the compulsory mask outdoors have been taken for certain municipalities of Meurthe-et-Moselle, Hérault and Vendée.

The incidence rate is rising, especially in the 12-17 and 18-29 age group. These are two age groups where vaccination rates remain low. 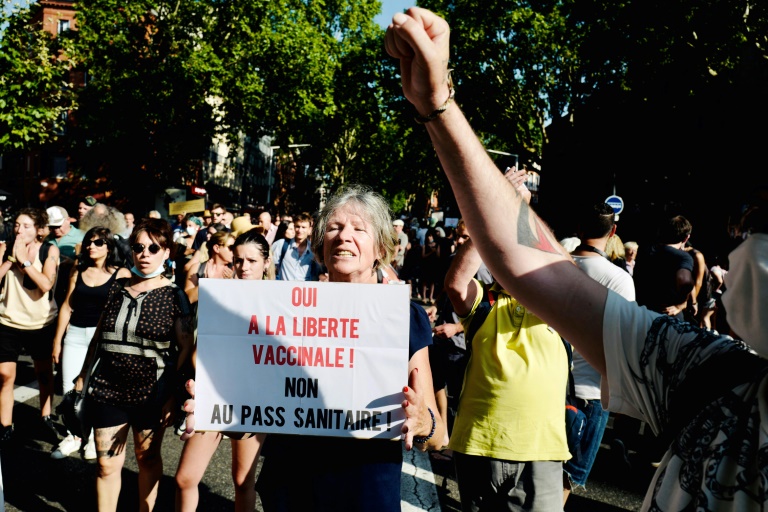 Gabriel Attal assured that he was not going to “stigmatize” the young people who had drooled for over the issue for more than a year and half and that they are doing what they can. He said that specific vaccination campaigns would be held in schools to ensure that young people are vaccinated.

Jean Castex, the Prime Minster, issued a collective challenge to the population Wednesday so that they could reach 8 million vaccines in the next 2 weeks. With the opening of 5,000,000 new appointments in 15 days, the goal is to have 50 million first-time vaccinations by the end of August.

Jean Castex also sent a firm message to those who oppose the vaccination or health pass, “come to acts violence”.

Several hundred people took part in a new demonstration on Wednesday, while dozens of others entered the town hall of Chambéry (Savoie), to symbolically take down the official portrait of President Emmanuel Macron.

A second demonstration is planned for Thursday, Paris at the UPR call before a new gathering on Saturday.